"Literature transforms human experience and reflects back to us, and in that reflection we can see our own lives and experiences as part of a larger human experience. Reading, then, becomes a means of self-affirmation, and readers often seek their mirrors in books." - Author, and Professor Emerita at The Ohio State University, Rudine Sims Bishop 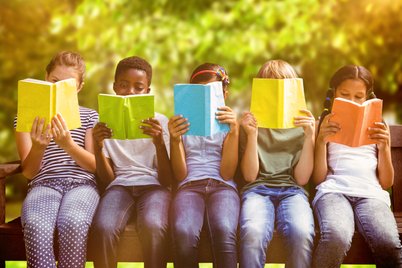 ME In Books Campaign

ME In Books campaign encourages more reading in communities of color by providing free books that feature characters of color.

Stories of other people's lives can impact our own by helping us better understand our world. This is why it is important that people of color see their own identities and experiences reflected in literature. Providing People of Color with literature that reflects their identities and experiences helps boost self-esteem, social-emotional functioning, and cultural pride. 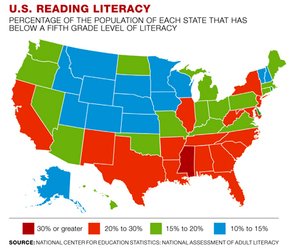 Reading Literacy in the United States

According to the National Center for Educational Statistics (NCES), 21 percent of adults in the United States (about 43 million) fall into the illiterate/functionally illiterate category. Nearly two-thirds of fourth graders read below grade level, and the same number graduate from high school still reading below grade level. This puts the United States well behind several other countries in the world, including Japan, all the Scandinavian countries, Canada, the Republic of Korea, and the UK. 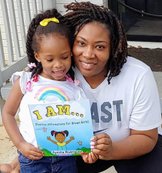 61 percent of low-income families have no children’s books in their homes, which affects the child’s ability to develop the skills to begin reading on their own. The Annie E. Casey Foundation reports that 68 percent of fourth graders in the United States read at a below proficient level, and of those, 82 percent are from low-income homes. The National Bureau of Economic Research says 72 percent of children whose parents have low literacy skills will likely be at the lowest reading levels themselves. The pattern sets in early: the American Library Association says a child who is a poor reader at the end of first grade has a 90 percent chance of still being a poor reader at the end of fourth grade.

The risks to people who can’t read or can barely read are significant, including poverty, poor healthcare, crime and unemployment. ¹

HOW YOU CAN HELP

Donate books from our wishlist here, or ship new or gently used books to:

Attn: ME In Books

Your monetary and in-kind donations are tax deductible with the Internal Revenue Service (IRS). Please consult a tax professional for detailed information about your tax deductions.

Help Us Help Others